We are lucky as there have been a few emulators over the years. Some are more useful than others, the odd one has features that none of the others have such as EightyOne with its WAV loader. Some have been abandoned for different reasons by their authors so development has stopped on some. 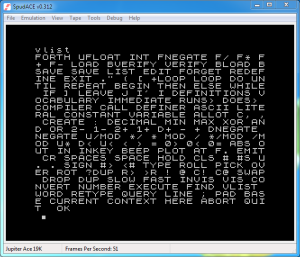 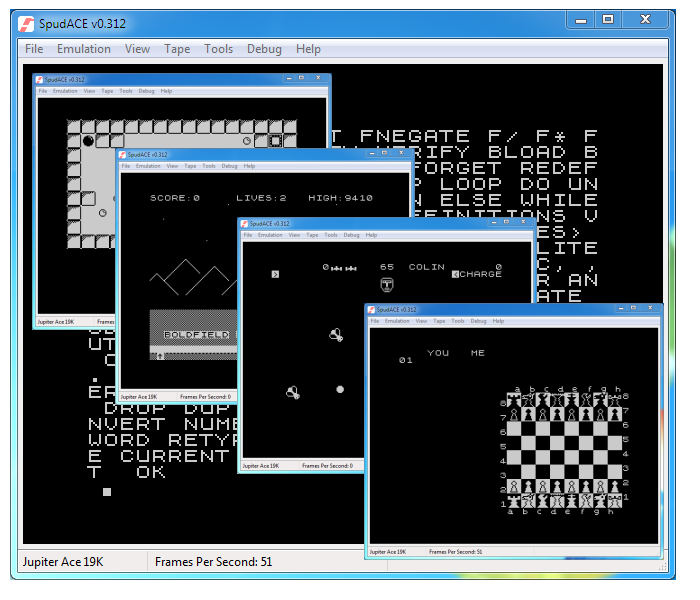 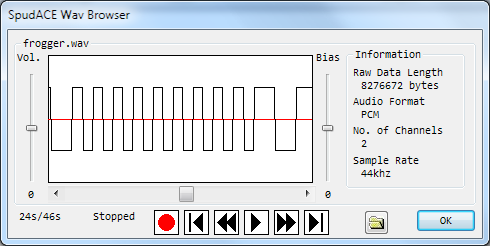 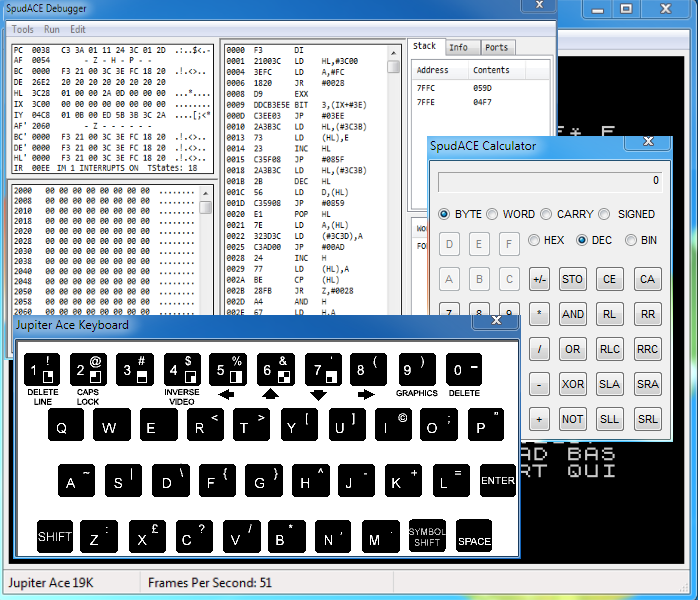 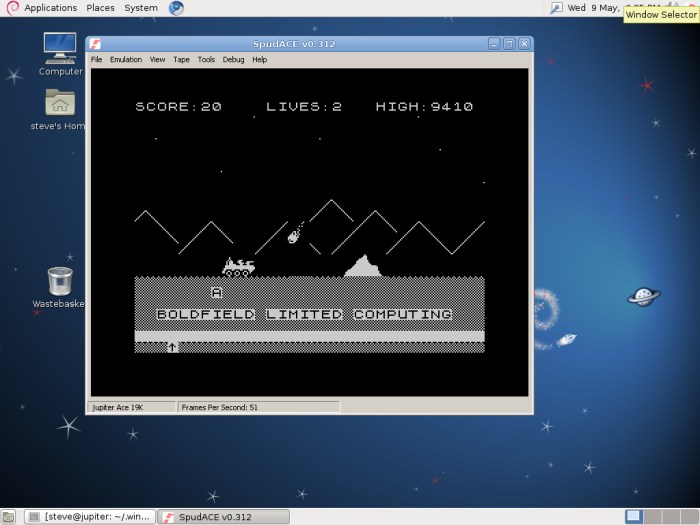 no$zx emulator
no$zx v2.0. The program has originally started as a two-weeks hack for emulating the ZX81, but now grew to a decent six-months project. Aside from improved ZX80/ZX81 emulation, it's now also supporting the Lambda and Jupiter ACE, alongside with the complete ZX Spectrum series (though the older monochrome Sinclair models are still looking more fascinating to me ..Martin Korth). 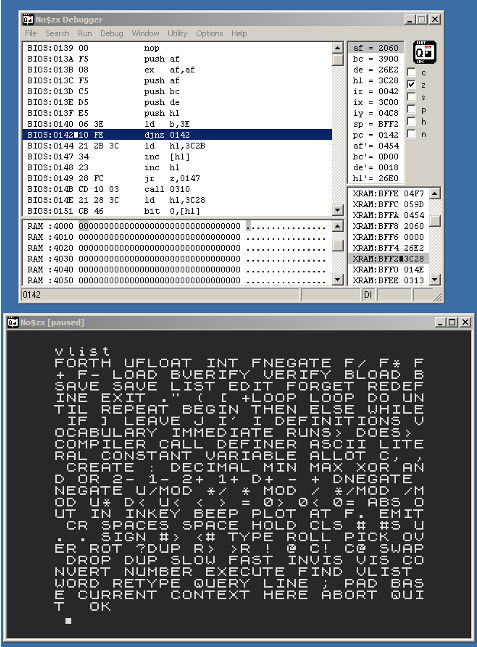 EightyOne
Is an emulator written by Mike Wynne which will emulate a number of simple machines including the ACE.
" It may or may not work on Windows 95/98/ME/NT4/2k/XP. I have no means of testing it except that it runs on my Windows XP laptop. It comes with no warranty, use it at your own risk. I think the "Simple ZX81 emulator" is a little outdated now - EightyOne is the most accurate ZX81 emulator available for Windows (And probably any other system too)" :- Mike Wynne. 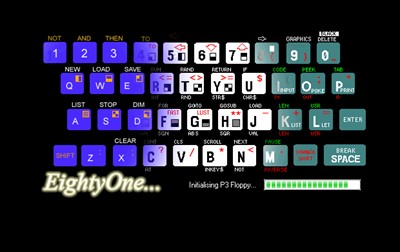 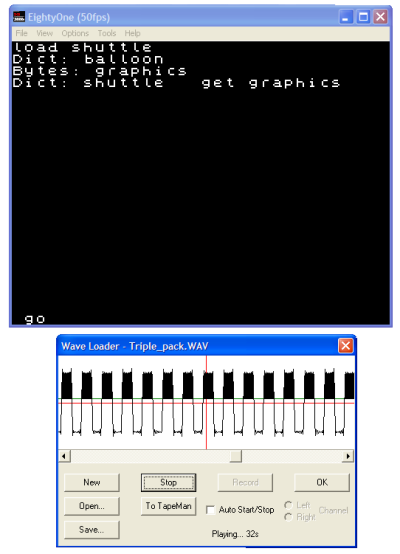 EighytOne running on Windows XP with its Wav loader. 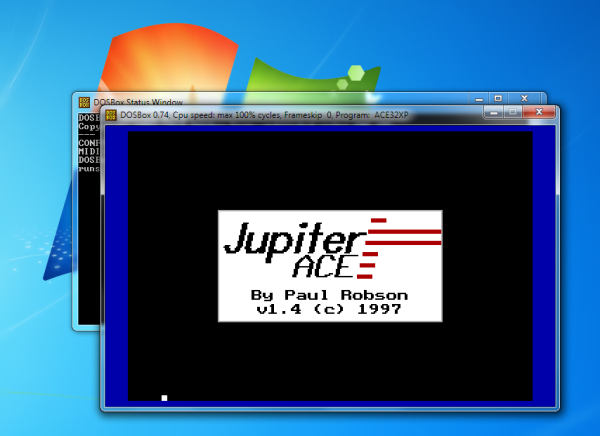 See FAQ's for Ace32 and DOSBox installation.
Vace
Vace version 1.0 was programmed for fun by Edward Patel. It has some loading and saving capabilities, but no snapshot function or sound.
Download Vace or visit Edwards Home Page 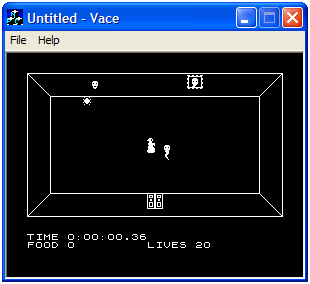 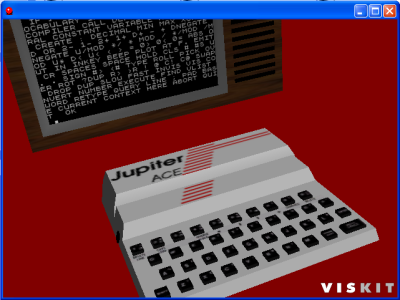 MESS
What is MESS?
MESS is an acronym that stands for Multiple Emulator Super System. MESS will more or less faithfully reproduce computer and console systems on a PC. MESS can currently emulate over 250 systems from the last 5 decades, including the Jupiter Ace.
MESS emulates the hardware of the systems and sometimes utilizes ROM images to load programs and games. Therefore, these systems are NOT simulations, but the actual emulations of the hardware.
Download MESS or visit the MESS Home page 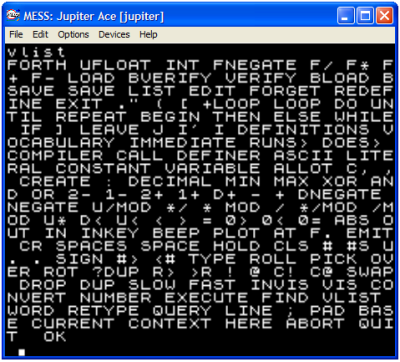 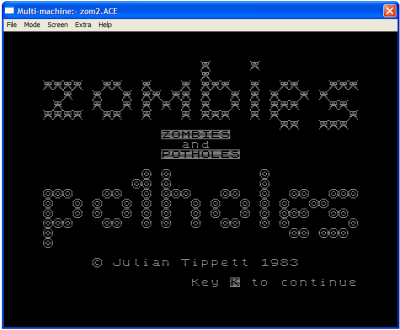