Thanks to Ricardo Lopes for this image.

* File type for bytes file may be any non zero value.
* Unused bytes are filled with spaces.

Observations from Kevin Palser whilst implementing the tone output for an emulator:

• Unlike the beeper output, the Z80 IN instructions have no effect
• The ROM uses OUTs at port 0x8FE to make the tone go high and port 0xFE to go low
• Consecutive low tone operations are ignored if their was no high operations between them (* see note)
• Based on End Mark part of samples from a real Jupiter ACE, the amplitude stays at the max high/low level for about 0.00065 of second before decaying to the neutral level over about 0.0006 of a second

* note: This was based on two observations of the real recording:

1. the cassette saving ROM routine starts with an OUT to port 0xFE (i.e. low) but the tone output starts with a high amplitude, hence this initial OUT is ignored 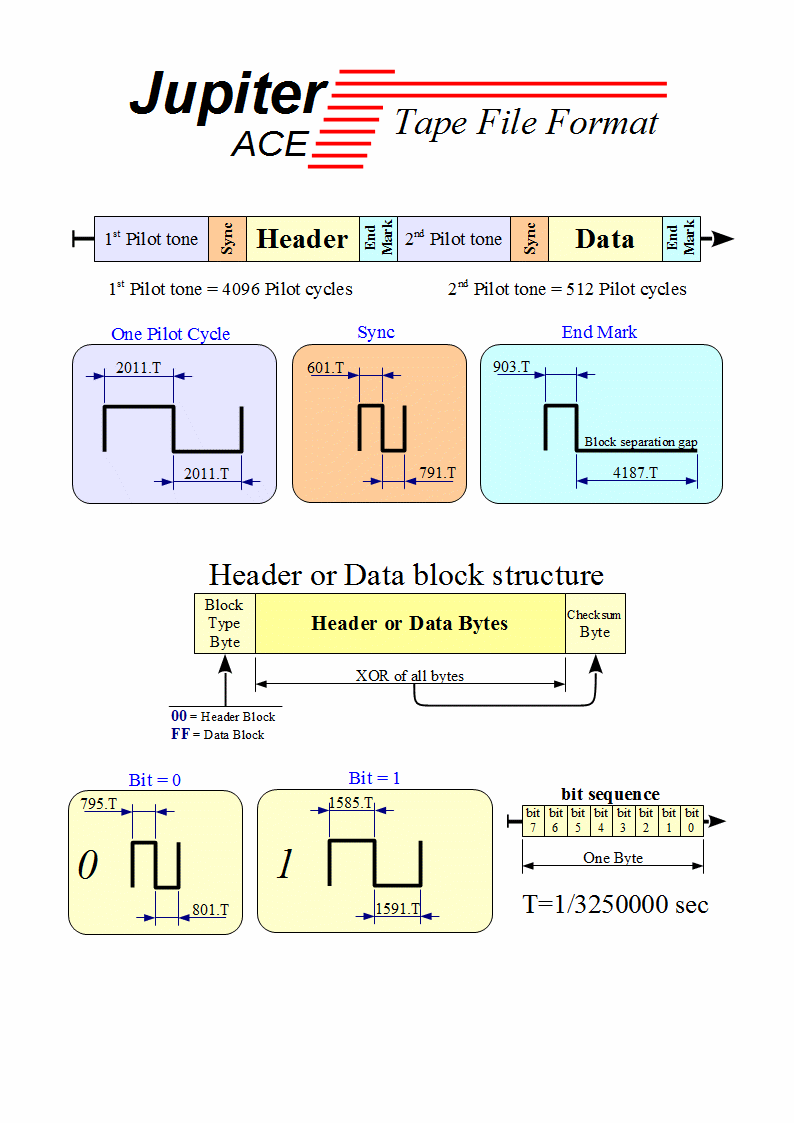